Category: On the Vedas & their interpretation 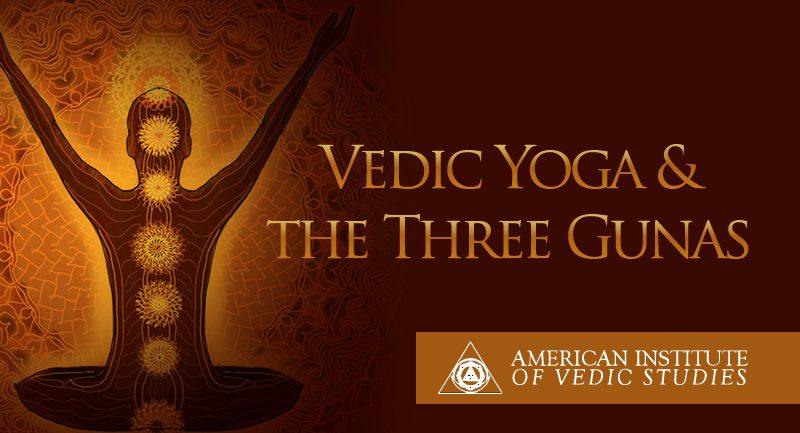 Vedic Yoga and the Three Gunas

In the philosophy of Yoga, derived from the Samkhya system, all matter in the universe is reducible to one primary substance called Prakriti. Prakriti literally means the original power of action. It does not refer to substance in the physical sense but to the potential from which all forms of matter, energy and mind can arise. Prakriti is the original state of pure potential out of which all things become possible. Prakriti is the latent state of substance, like the seed that holds the potential for a great tree. It is the prima materia of the world of which matter, energy and mind are manifestations. Prakriti, we could say, is the causal or original form of all substances, from which their subtle and gross forms arise. It is extremely subtle, ethereal and transcendent, forming the basis for space that is its first material form.

Vedic Yoga: The Path of the Rishi

From  – Vedic Yoga: The Path of the Rishi Vedic Yoga like classical Yoga is a complex and many-sided discipline designed to address the needs of different levels and temperaments of individuals. Vedic Yoga addresses all of life and works with all of nature, like a symphony using many instruments, with many movements, scales, tones,

Agni and the Fire of Self-Inquiry

By David Frawley (Pandit Vamadeva Shastri) Self-inquiry (Atma-vichara), such as taught by Bhagavan Ramana Maharshi, is regarded as the simplest and most direct path to Self-realization. However, Self-inquiry is also very subtle and can be hard to accomplish even after years of dedicated practice. It depends upon a great power of concentration and acuity of

In today’s world of asana and exercise based yoga, it is easy to forget the spiritual and meditation basis of the Yoga tradition. Dr. David Frawley explains the ancient foundation of the Yoga Sutras and the greater Yoga tradition in Mantra Yoga, going back to the mantric hymns of the Vedic Rishis and the seeds

A Vedic Consecration to the Spiritual Heart

The Sacred Fire and Agni: Our Ancient Global Fire Religion

Messages from Our Ancestors about our Spiritual Origins The great spiritual teachings of the ancient world-deriving from an era before our consciousness became dominated by the rational mind-speak primarily in terms of symbols. Vedic sages articulated this approach stating that ‘the Gods love the mysterious and dislike the obvious’.i The wise often avoid stating anything

Traditional Yoga, as defined in key Yoga texts like the Yoga Sutras and the Bhagavad Gita, is first of all

Ayurveda, the Vedic science of life for all living beings, defines health and wellbeing in terms of Svastha. Svastha means

Emotions are powerful forces of nature, not just our own personal reactions. For example, anger is much like fire. When

Ayurveda is inherently a psychological as much as a physical system of medicine. Its scope of practice includes both physical