What is Prakriti? Unfolding the Mystery of Life!

Prakriti is a common term in Vedic thought, particularly in Samkhya, Yoga and Ayurveda, but few people truly understand it. Let us explore what Prakriti is and its deeper implications. What does the Sanskrit term Prakriti actually mean?

Kriti refers to action. Pra refers to what is prior or predominant. The term Prakriti suggests the first power of action or formation, the root process behind the universe. Prakriti is said to be the origin of all manifestation as name, form, quality, energy and action, like the great womb of nature.

Prakriti and the Three Cosmic Gunas

Samkhya emphasizes cosmic Prakriti composed of the three primary cosmic gunas or qualities or sattva, rajas and tamas, as light, energy and inertia, or mind, life and matter, which is the basis for the entire universe, causal, subtle and gross.

Prakriti is usually described and defined in contrast to the Purusha as part of a great cosmic duality. Purusha refers to person or Self contrasted to Prakriti as indicating the body or instrument of manifestation. Prakriti is most commonly translated as Nature as opposed to Purusha or the Spirit. Sometimes Prakriti is called matter as it is behind all material processes.

Often Prakriti is said to be feminine while Purusha is masculine. Yet Prakriti as a creative force is only feminine in a metaphoric sense. Similarly, Purusha as transcendent awareness is only masculine in a metaphoric sense. Both biological male and female energies are manifestations of Prakriti, which contains and transcends both. Purusha is beyond any biological dualities and has its own Shakti or power of seeing.

Prakriti is said to be dependent and Purusha as independent, with Prakriti not existing for itself but to fulfill the will of the Purusha, yet with the Purusha having no instrument of expression apart from Prakriti.  The relationship between Purusha and Prakriti is sometimes said to be that of the lame and the blind. Purusha has no power of action and so is metaphorically lame or incapable of moving. Prakriti has no power of knowledge and so is metaphorically blind. The combination of the two is necessary for cosmic evolution. Yet while the Purusha can exist in its own right apart from Prakriti as the transcendence consciousness, Prakriti cannot function apart from the Purusha.

Prakriti unfolds in an organic way that becomes mechanical at the level of external forces. Prakriti is the cosmic process through time and space, including origin and end, birth and death, all of nature’s cyclic unfoldments through time, seasons and processes. The individual soul or Purusha bound to the mind must progress through the realm of Prakriti in order to return to its true nature as part of the cosmic evolution of consciousness.

Ayurveda emphasizes doshic Prakriti, the Prakriti of the three doshas of Vata, Pitta and Kapha, which is the basis of our individual mind-body constitution. Health and well-being consists of living in harmony with your doshic Prakriti and keeping it in balance. This is the basis of Ayurvedic regimens for diet, herbs, exercise and life-style based upon an understanding of your Ayurvedic type.

Guna Prakriti refers to the mind. In Yoga and Ayurvedic psychology, the mind is said to be the domain of sattva or light, the prana and senses the domain of rajas or action, and the physical body, the domain of tamas or inertia. This means that the qualities of rajas and tamas become doshas or disease causing factors at the level of the mind where sattva should prevail.

Yoga and Ayurvedic psychology emphasize developing sattva guna in the mind. This aids both in psychological well-being and the development of higher consciousness. It is the basis of recommendations of a sattvic diet, life-style, work and relationships, emphasizing sattvic values overall.

Why are the Concepts of Purusha and Prakriti so Hard for People to Understand Today?

Purusha and Prakriti like many Vedic concepts reflect a very different worldview than what we have today. They are the product of an era in which people lived close to nature but also cultivated a higher consciousness beyond the outer world. Today we are very much immersed in the material world and striving to uncover its complexities. We have lost our connections with nature and with the spirit as well. We have little sense of any transcendent Self or Purusha and are often trapped in our own self-image.

The distinction between Purusha and Prakriti means that you are not your body or your mind, which are your instruments and follow natural processes of their own. You are pure consciousness beyond body and mind, beyond time, space and karma.

The problem today is that we are very much engrossed in our physical and psychological identities and think that we are our body and mind. To be told otherwise challenges our fundamental view of who we are and what we think our reality to be.

We must detach and disidentify with Prakriti as body, mind and external world, which is to return to the Purusha or consciousness principle as our true nature. This is what Yoga strives for in its control of the vrittis of the mind. Yoga teaches us to observe Prakriti, including our mind-body complex, so that we can return to the Purusha, our true nature as the Seer.

Prakriti as process based natural intelligence is not personal. You must learn to honor the movement of nature within you. At the same time, you must realize that your inner being exists at a higher level and cannot be limited to any process or activity in the outer world or in your own mind.

Honor Prakriti, be the Purusha! Both always go together!

This all being said is but an introduction, the depth and intricacy of these terms is yet much more, but that will have to be addressed in more specific articles. 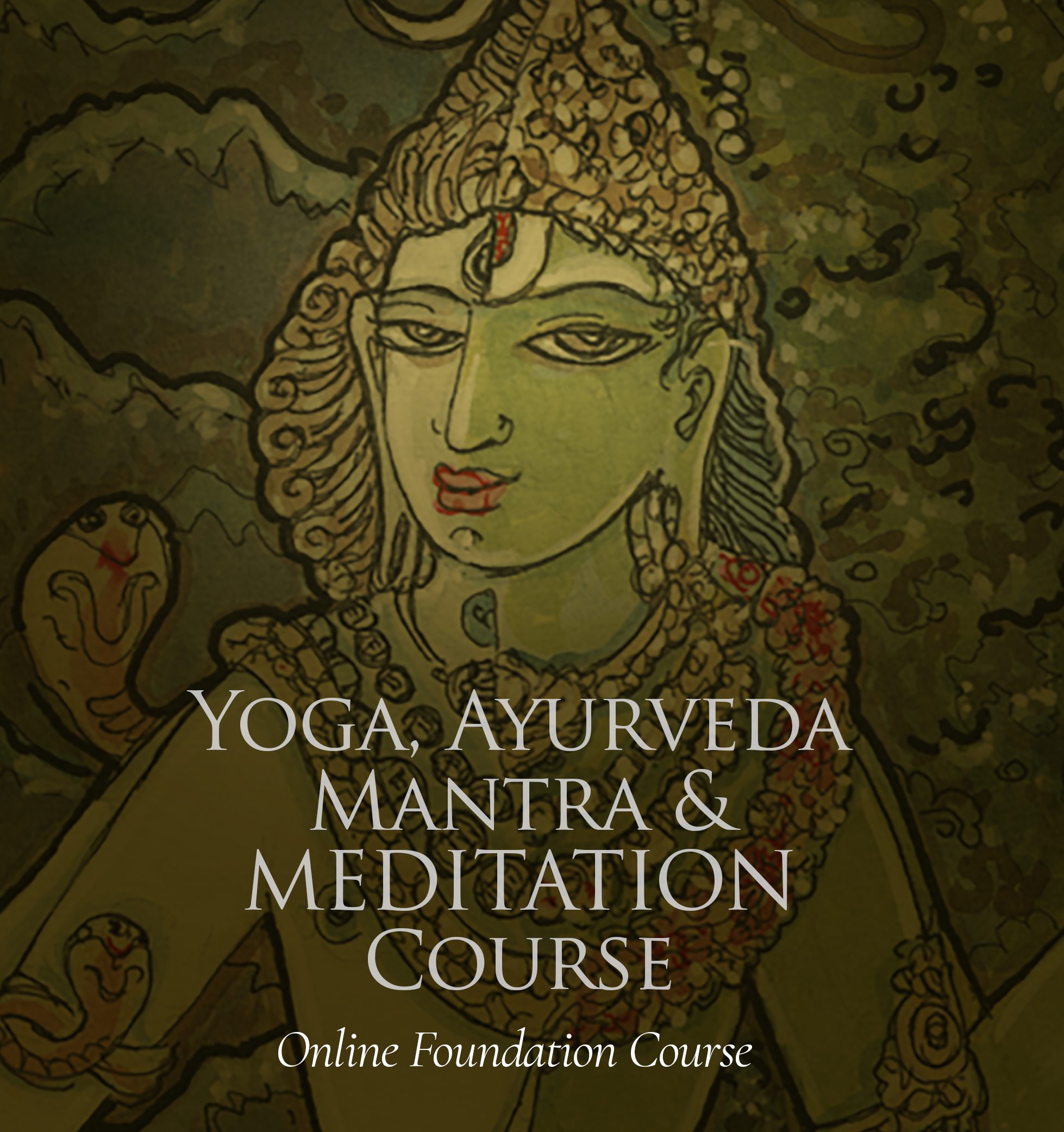 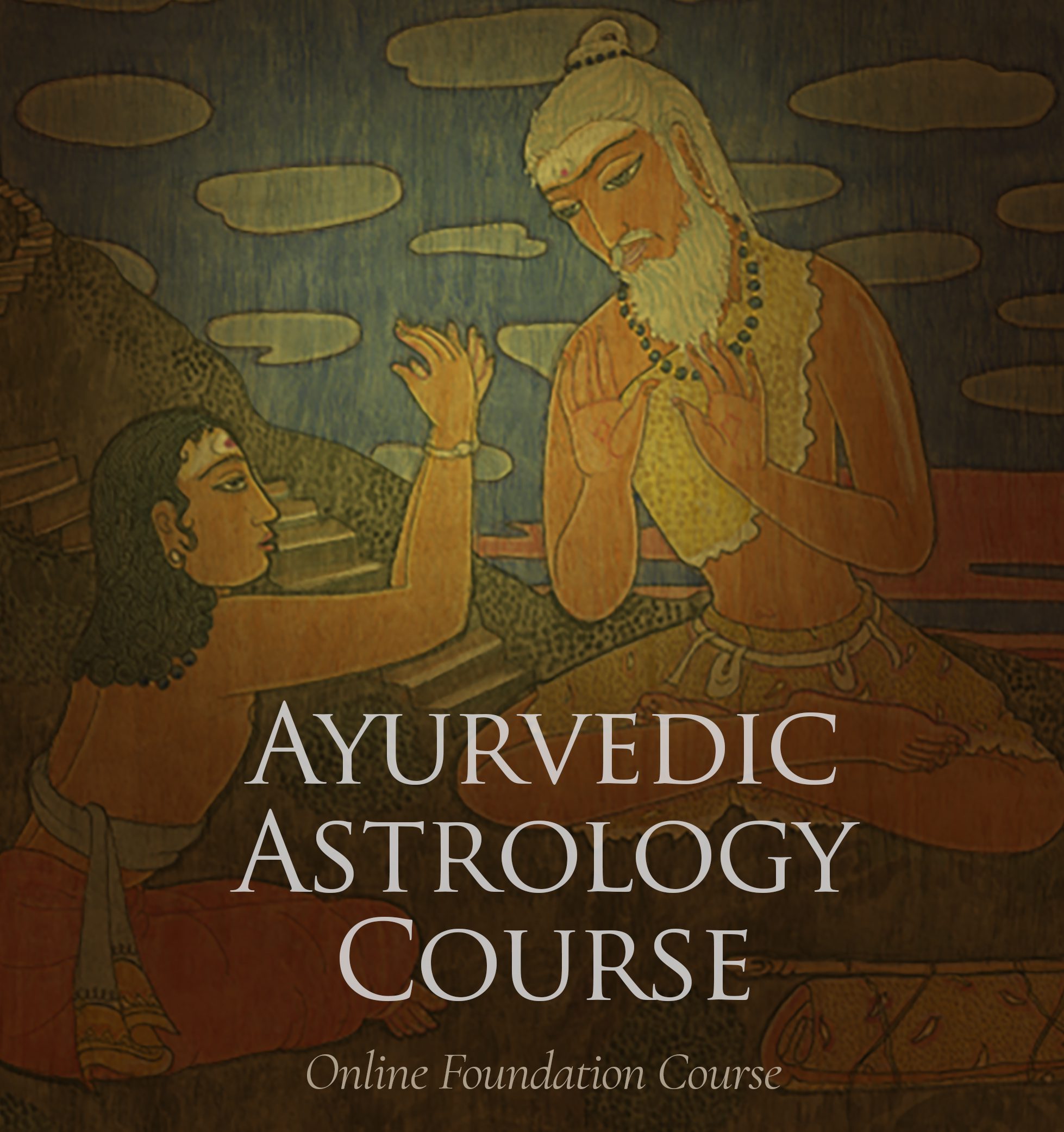 Inner Self-Awareness and the Mind-Body Connection 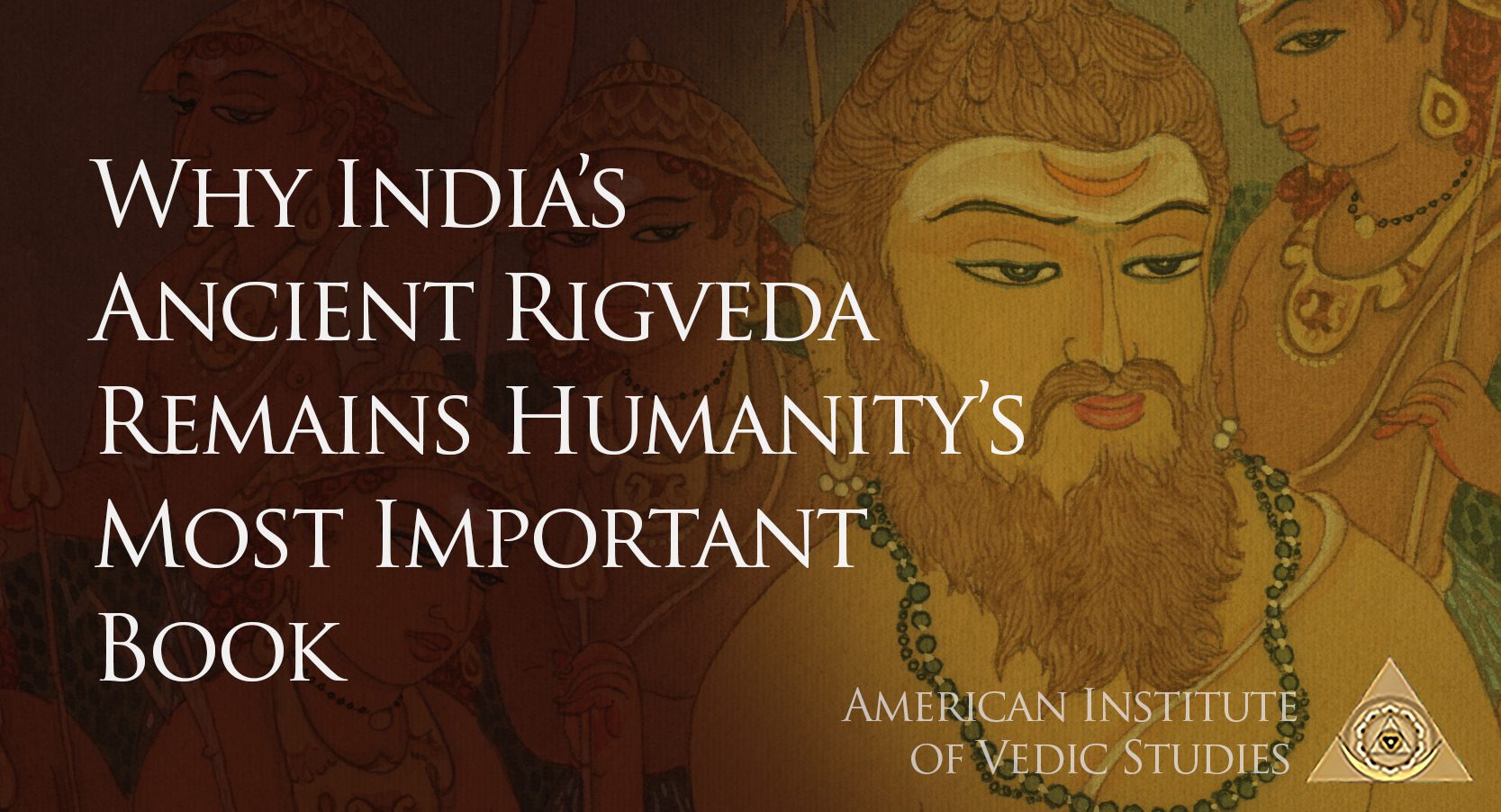 The Rigveda is the oldest of India’s ancient Vedic texts, extending back to 3000 BCE or earlier. It is our

We will explore the extensive relationship and vast interconnections between Yoga and Ayurveda, focusing on the Yoga Sutras. This examination 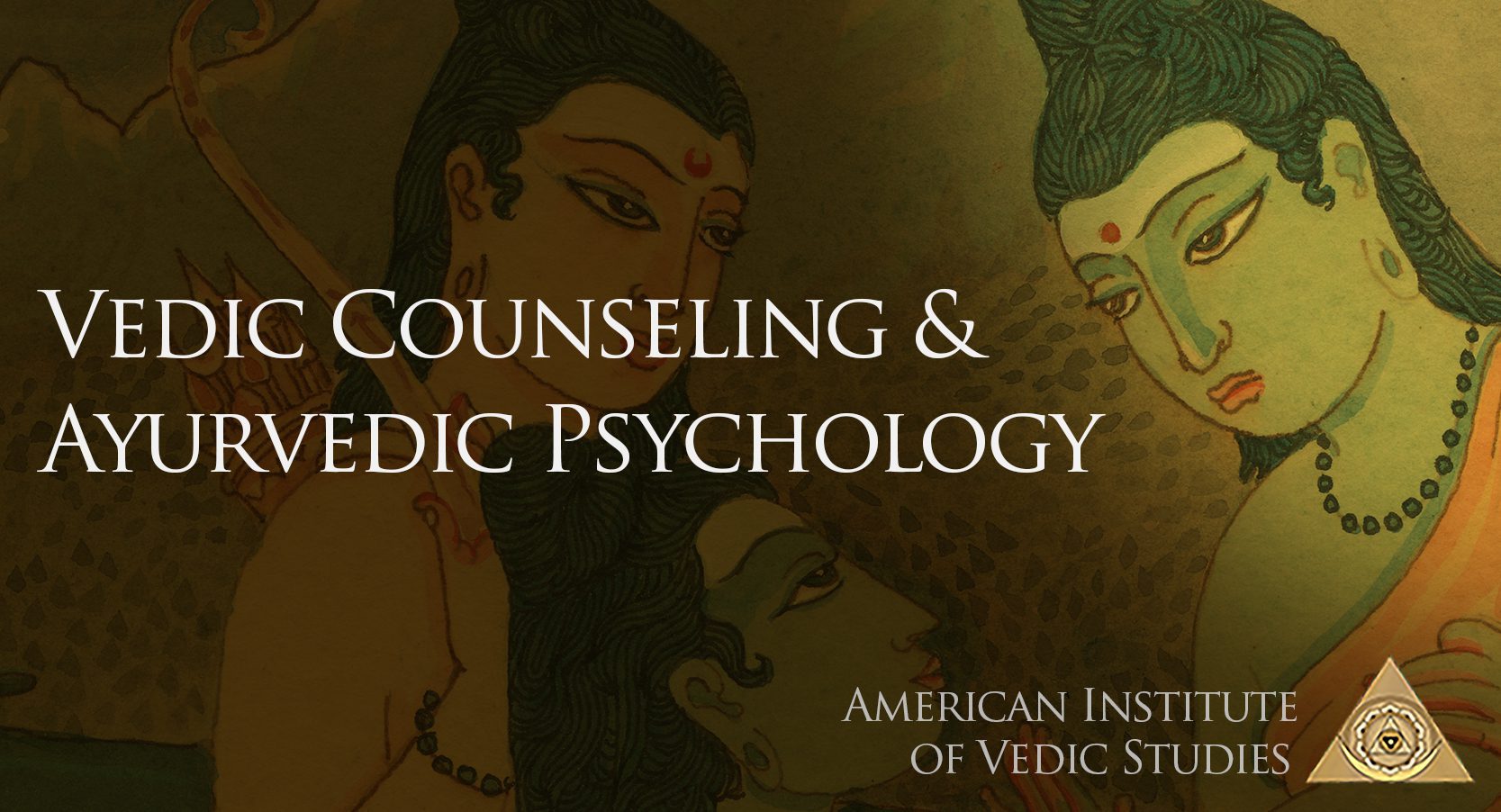 Vedic counseling forms the background teaching for any education, guidance or therapy in the Vedic field. This includes Yoga, Ayurveda, 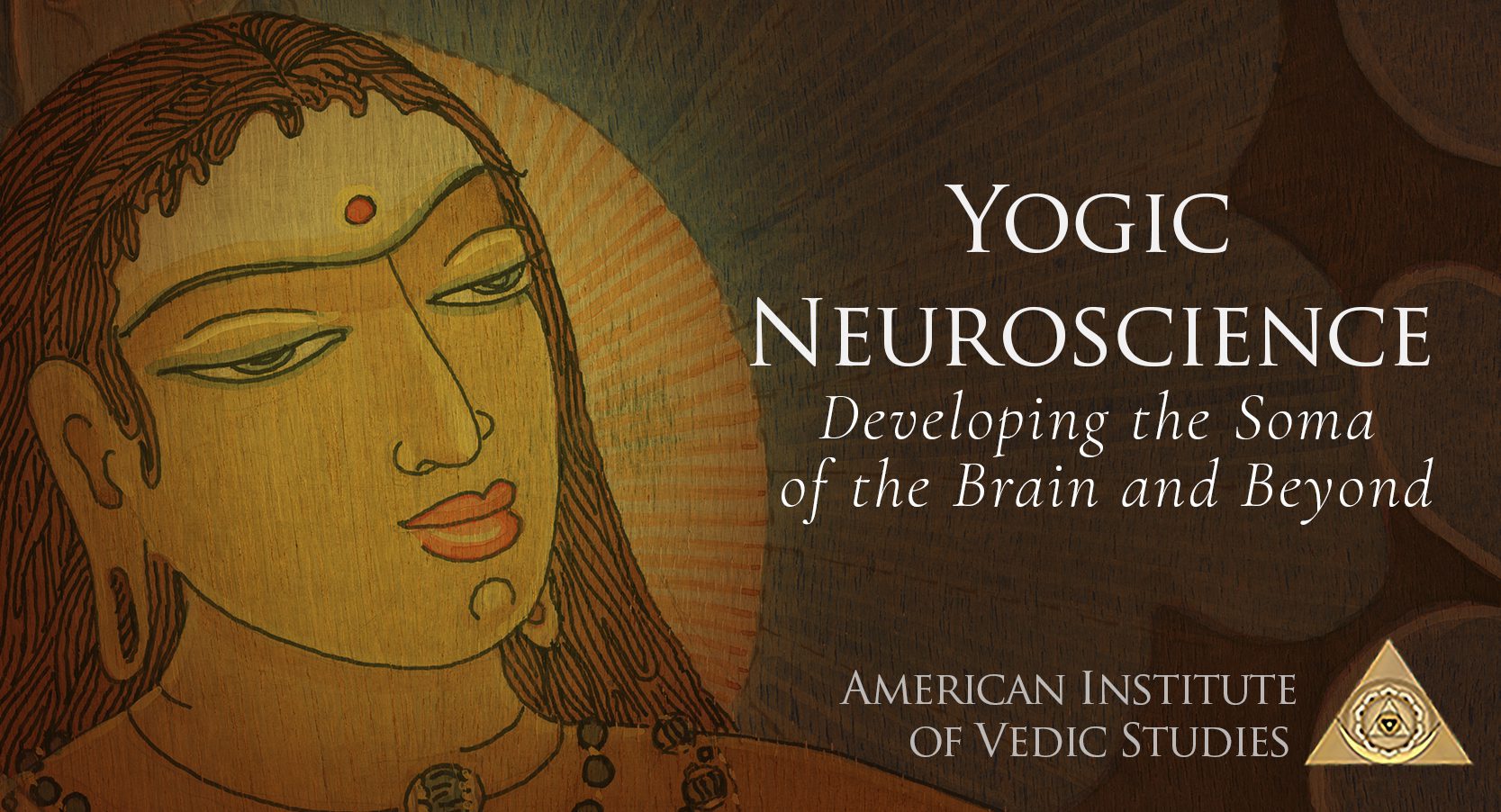 Soma is part of a vast cosmic symbolism in Vedic thought. It cannot be reduced to a single plant as

Ganesha is said to be the remover of obstacles, which he is most energized to accomplish on Ganesh Chaturthi. Sri