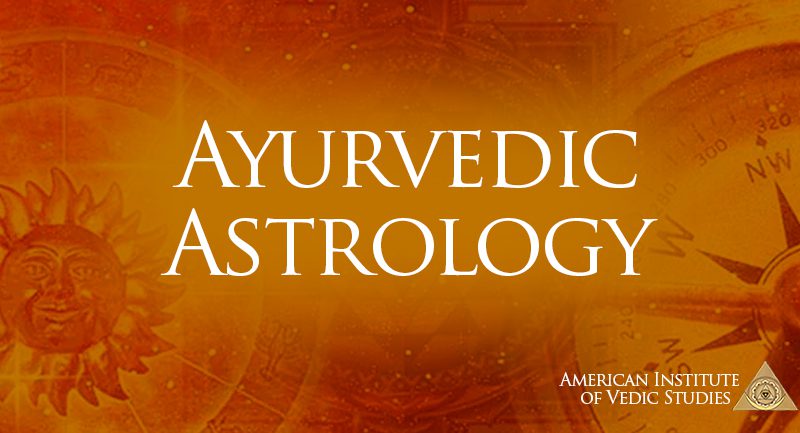 All great ancient civilizations centered their cultures on profound systems of astrology, connecting conditions and events on the Earth with cosmic influences deriving from the stars. Whether it is India or China, Egypt or Babylonia, or the Mayas and Incas of America, we find in each case an astrological foundation for their spiritual cultures. Astrology and its measure of sacred time formed the basis of their calendars which, looking to the heavens, sought to organize human life according to celestial forces more certain than our personal desires and calculations. Even the ancient cultures of Europe like the Greeks, Romans, Celts and Germans, had detailed systems of astrology, as have all communities that recognize the sacred nature of the universe.

Connecting healing and astrology – or the practice of medical astrology – is one of the deepest and most lasting investigations of civilization. It is as old as all great ancient cultures and their astrologically based rituals to keep human life in harmony with the cosmos. We have long looked to the stars and the heavens for guidance, grace and healing energy, for understanding human existence in a deeper perspective in which we can touch the eternal and the infinite.

Vedic astrology is India’s traditional system of reading the stars, the planets and the entire movement of time. It was originally called Vedanga Jyotish, meaning the study of light (Jyoti) as a limb of the Veda (Vedanga). It was also called Jyotirveda, the Veda or ‘science of light’. Ayurveda, which means the ‘science of life’, is the corresponding Vedic system of natural healing for body and mind. Both are living branches of an ancient sacred science that arose in an older era in which humanity had a greater intuitive connection with the sacred universe. Unlike corresponding western traditions, their continuity, though shaken by hostile forces, has remained unbroken.  Both these systems are undergoing a renaissance today as we once more learn to look within.

Similarly, Ayurveda is a precise and comprehensive tool for physical and psychological well-being, optimal health, energy and vitality. There are many instances of Ayurvedic doctors introducing changes in a person’s life, from simple dietary or life-style modifications, to special herbs or internal cleansings that can literally rejuvenate us, countering long standing and intractable health problems.

Ayurveda is called “the mother of all healing” because it embraces all forms of healing including diet, herbs, bodywork, surgery, psychology and yoga. It accepts anything internally or externally that promotes health, well-being and happiness. Ayurveda explores the qualities and effects not only of foods, medicines and behavior but also of climates, the weather and the stars (astrology).

Ayurveda provides an integral mind-body system of both diagnosis and treatment. First it shows us our individual constitution according to the three doshas or biological humors of Vata (air), Pitta (fire) and Kapha (water), as well as how this constitution is affected by everything from genetics to environment and emotions. Then it outlines various treatment measures to enable us to achieve optimal health and vitality. These range from simple dietary measures to complex herbs and special purification procedures. Ayurveda aims not only at the cure and prevention of disease but also at rejuvenation and longevity. Beyond ordinary health care measures it has special methods to allow us to achieve a higher level of vitality and awareness – a spiritual Ayurveda that is part of the practice of Yoga.

Possessing a similar scope to Ayurveda, Vedic astrology contains all aspects of astrology, including the reading of birth charts (natal astrology), mundane astrology (the effects of astrology on society), astrological timing and forecasting (muhurta), and answering questions (prashna). In addition to these, Vedic astrology encompasses all forms of divination, including palmistry and numerology, of which several Vedic forms exist. It includes astronomy and meteorology, which reflect karmic as well as forces of nature.

As a form of natal astrology and reading of birth charts, Vedic astrology helps us understand our personal lives in all areas, including health, wealth, relationship, career and spirituality. Like Ayurveda, it has a broad range of treatment measures including the use of colors, gems, rituals, mantras and the worship deities to aid in our greater well-being and life unfoldment. These are called Jyotish-Chikitsa, the therapies of light or astrology.

Vedic astrology considers that the determination of physical and mental health is the foundation of all astrological analysis. Whatever other indications may occur in a chart – whether for career, wealth, relationship or spirituality – these cannot bear fruit if a person has significant physical or mental impairments. Traditionally, the ascertainment of health and well-being was the first factor to be examined by a good astrologer. This was not a matter of simply determining how long a person was likely to live, but part of a general determination of the vitality of a person, their energy to use the opportunities afforded them by the chart. In this regard, medical or Ayurvedic astrology is usually the first step of all astrological examination.

Ayurvedic astrology is not simply a physically-based medical astrology. It reflects the psychological and spiritual dimensions of Ayurveda. It is concerned with our well-being on all levels, which depends upon our connection to the Soul, the real person or Atman within. In this regard, Ayurvedic astrology is concerned with healing body, mind and spirit, using the tools of the entire universe, the foremost of which is the light of the stars and planets. It expands the field of Ayurveda to its broadest possible range.

Link to: Our Ayurvedic Astrology Course