HAMSA RAHASYA: The Secret of Hamsa 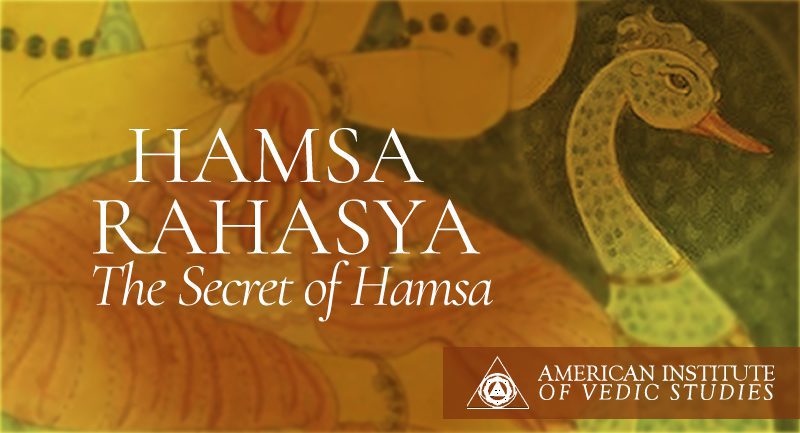 Shaivite Yoga and the Hamsa

The Hamsa is one of the key concepts in Vedic, Yogic and Tantric thought. Along with the Kundalini, it holds many secrets of deeper Yoga practices. Indeed without understanding the Hamsa, the Kundalini force cannot be properly developed or understood.

The Hamsa as a bird is portrayed in later Sanskrit literature as a swan, which is a symbol for Prana and the inner Self that is the highest Prana. The Hamsa in Puranic thought is the vehicle for Lord Brahma, the Creator, and his consort Sarasvati Devi as the bringers of knowledge. Yet Hamsa has other meanings and there are many forms of Hamsas back to the Rigveda where the Hamsa is primarily a solar symbol, the bird of light. Hamsa is also the shyena, the hawk or falcon that steals the Soma and takes it up from the Earth to enjoy it in the freedom of the highest Heaven.

The Hamsa in Tantric thought represents the individual soul or Jiva, whose life is governed by the breath, and all the dualities of body and mind that arise from it. This is because Ha and Sa are the natural sounds of the breath through inhalation and exhalation. Many forms of Pranayama follow these sounds accordingly.

Yet at a higher level beyond duality, Ha and Sa are the natural sounds of the Self, which is the inner breath of awareness, the unitary Prana that is Self-existent and immortal. Ha is the Self as I (aham) and Sa is the Self as that or the inner Being. Hamsa also refers to the supreme or Paramahamsa, which is the liberated soul that dwells in the state of the Supreme Shiva. In this regard, Hamsa teachings are an integral part of Shiva Yoga and Shiva is also Hamsa. Hamsa as sound and prana vibration is also Om or Pranava, of which Lord Shiva is the indicator.

As Kundalini is the serpent power or Shakti of the soul, Hamsa is like the bird or Shiva/Purusha of the soul, whose two wings are prana and mind. Hamsa is the Jiva that seeks to fly upward to heaven, the thousand petal lotus of the head. Together Kundalini and Hamsa are the feathered serpent, or the bird that flies upward holding the serpent. Yet Kundalini is not always a serpent, it is sometimes a bird, the Hamsa itself. Similarly, the Hamsa is not always a bird; sometimes it is also a serpent. Both serpent and bird indicate electrical and ascending energy. The Hamsa is an extension or expansion of the bindu or the point-focus in its movement and expansion. Yet the Nada or vibratory principle forms its wings.

Without this soul awakening or Hamsa Chaitanya, the “consciousness of the Hamsa,” one cannot work with Kundalini Shakti in a completely harmonious manner. If the Kundalini moves without the Hamsa, it is likely to disturb our physical and subtle bodies. It is Shakti without Shiva. First one must awaken the Hamsa in order to effectively awaken the Kundalini, though both tend to manifest together. This means to awaken as an individual soul in its perennial pursuit of the Godhead.

The Hamsa is the Jiva or individual soul that must take its journey back through the chakras guided by Shakti, to realize the supreme Shiva above in the thousand petal lotus of the head. The Hamsa is propelled in its ascending movement by Nada (vibration), Bindu (concentration) and Bija (mantras), and energies the Lingas (powers of stillness) and Yonis (powers of receptivity) along the way. The Hamsa carries the Soma or nectar of delight (Amrita, Ananda) up from the lower chakras to the thousand petal lotus of the head, where it can release it in a thousand streams.

Yet there are several types and colors of Hamsa, reflecting the cosmic energies that it is working with:

Nila Hamsa – Dark blue Hamsa, power of electrical energy or lightning, the Vidyut Hamsa, represented by the bija mantra Krim (Kreem). Here the dark blue is that of a rain cloud from which the streak of lightning arises.

Suvarna Hamsa – Golden Hamsa, the expansive power of the Sun and the heart, Surya Hamsa, represented by the bija mantra Hrim (Hreem).

Shveta Hamsa – White Hamsa, the expansive power of the Moon, the Soma Hamsa, represented by the bija mantra Shrim (Shreem).

These different types of Hamsas are manifestation of the same Hamsa that is the soul in all of its manifestations. The supreme Hamsa is the liberates soul that is all the Hamsas or all forms of manifestation.

Hamsa as the sounds of Prana combines mantra and Prana in various forms of Hamsa Yoga. Hamsa mantras serve to awaken the inner consciousness and aid the soul in its ascension to Divinity. They are perhaps unparalleled in this regard. They are commonly used to promote Shiva awareness, to stimulate the Kundalini, and open the chakras. Below are a few examples.

Hamsa Soham – combines both, and reflects the balanced movement of the unitary prana, through the unity of the Sun and Moon.

Shivoham – the natural resonance of the prana and mind as “I am Shiva,” the supreme Self-aware Prana.

Hamsa Soham Shivoham – Combined meaning of “I am he, he am I, I am Shiva.” This is the “Shiva Hamsa mantra.”

Om Hoom Hamsa – Adds the fiery mantra Hum with Hamsa as the solar breath to arouse the Kundalini, the Agni Hamsa Mantra. For example, Om Lam Hum Hamsa stimulates the Kundalini in the root chakra.

Om Hreem Hamsa Soham Svaha – Mantra to the Supreme Light, uses the solar mantra Hrim and the fire offering mantra Svaha; a Surya or Solar Hamsa mantra. Many other mantras can be added to this. Using the lunar mantra Shrim instead of Hrim, it becomes a Soma or lunar Hamsa mantra.

To chant these mantras is the essence of Prana and Atman. 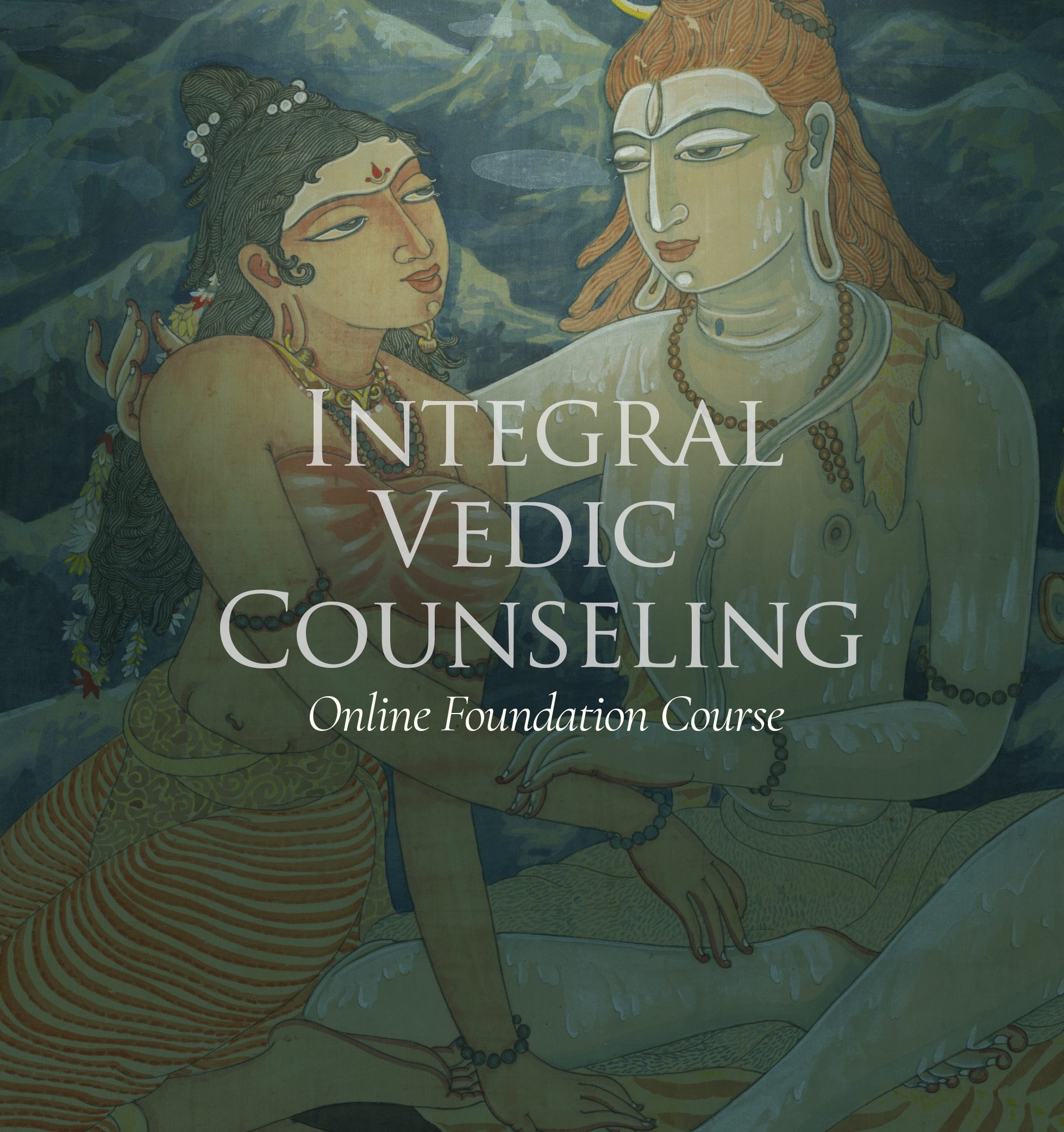 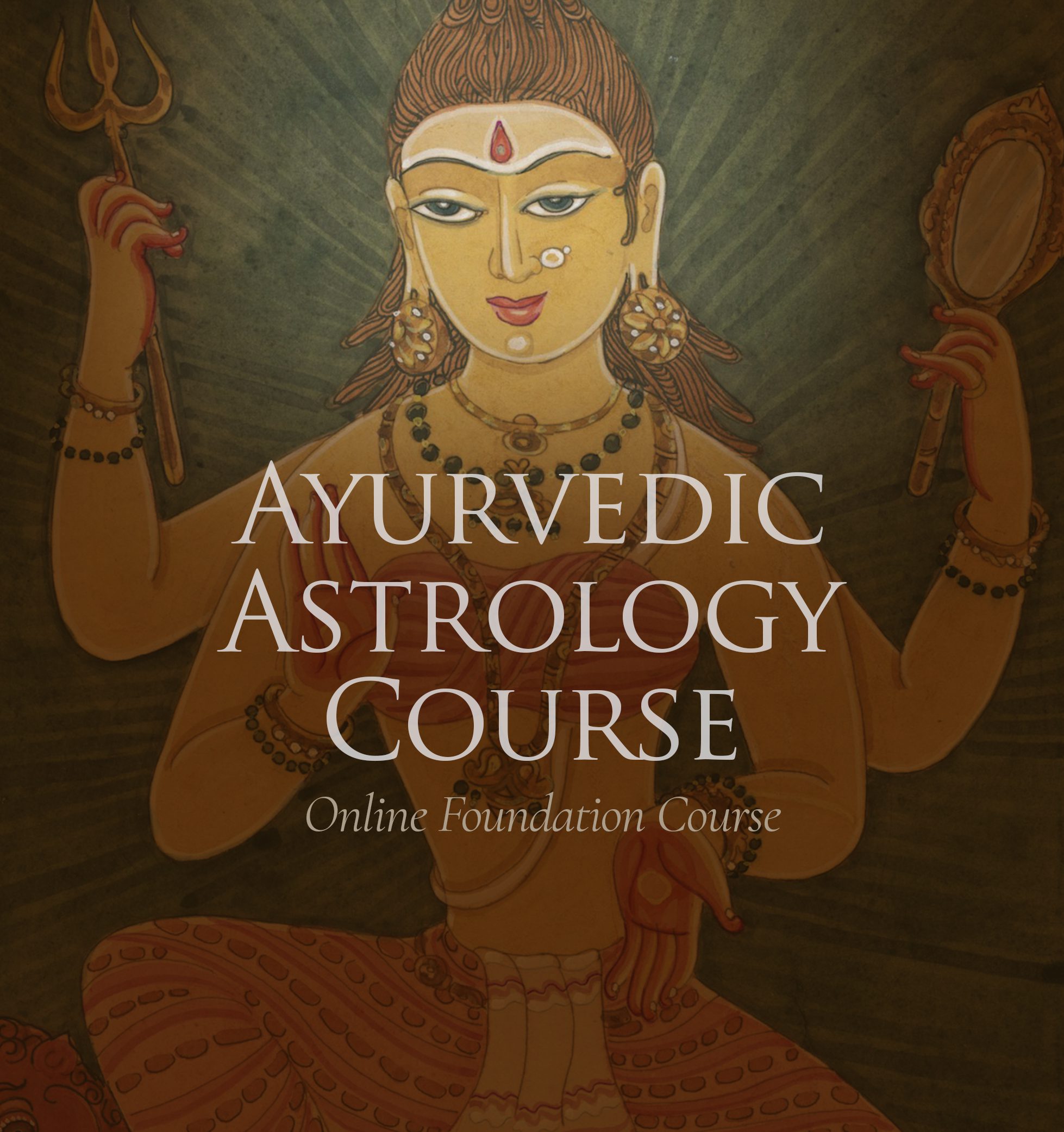 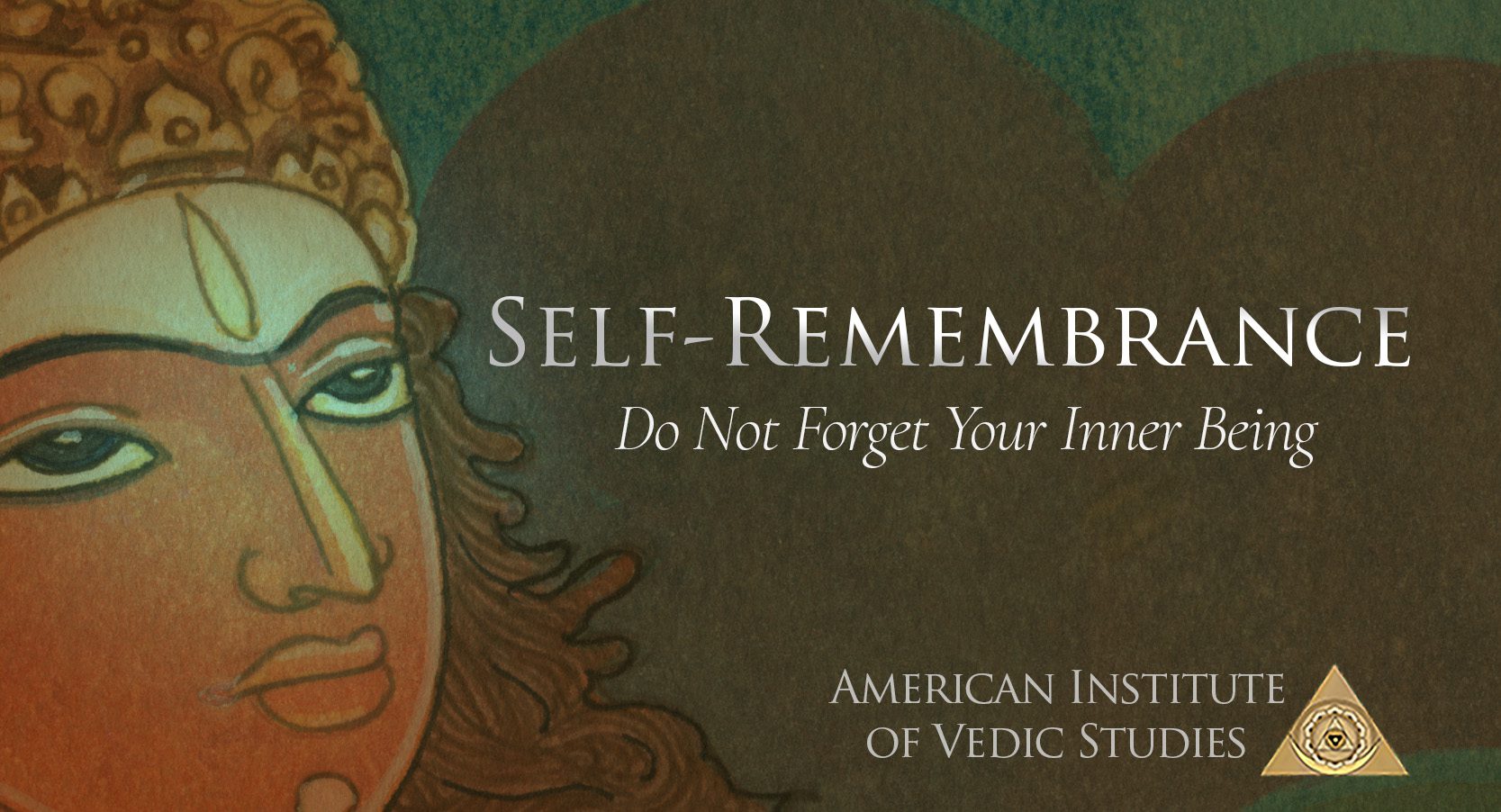 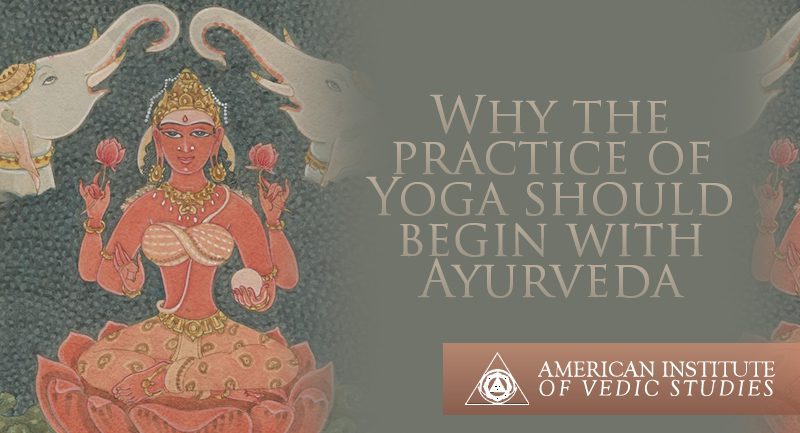 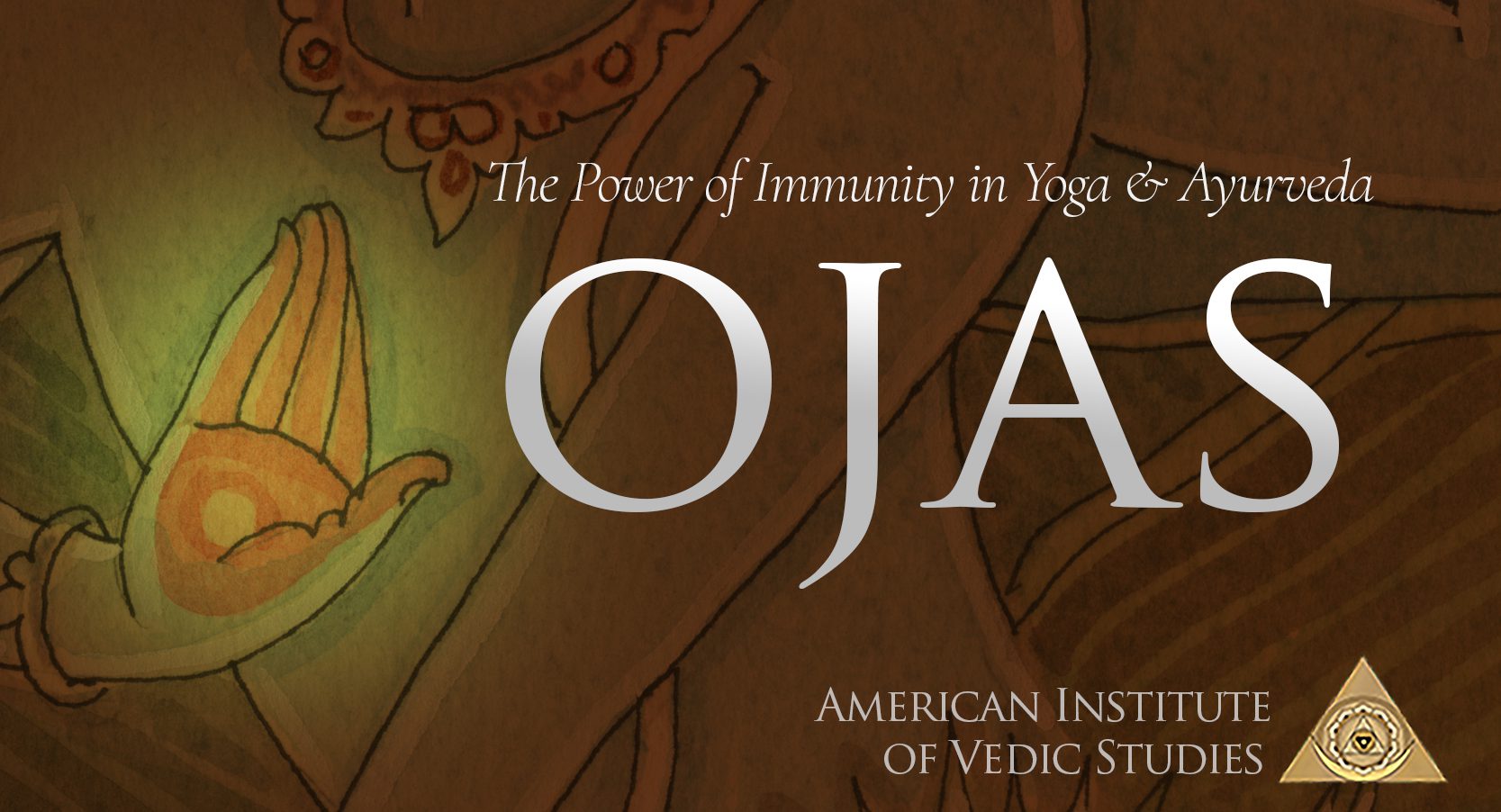 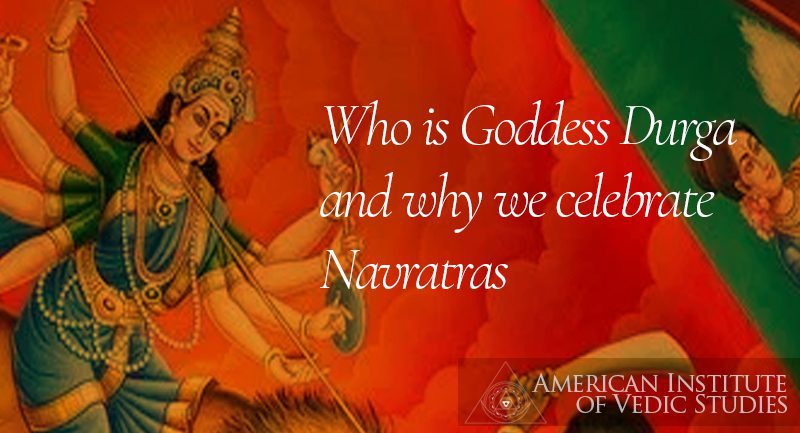